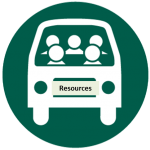 Welcome back to our discussion on Process Analysis of the commuting process.  As a quick review I had suggested in Part 1 that just mapping a process was not sufficient.  Instead you need to start with a big picture view of the process and then “peel the onion” with progressively more detailed views of the process.  At the top level you should first be asking “What, ultimately, is this process meant to accomplish?”.  We then applied this question to the commuting process where I suggested the following answer – The purpose of the commuting process is to move people and products from one point to another point as effectively as possible using the minimum of resources possible.  I then closed off the first posting after introducing some of the possible resources (money, roads, transportation modes (cars, buses, trains…), time, political will (yes that is a valuable resource), etc).  Before we go any further I would just like to repeat that at this point we are still at a very high level so it is entirely possible that as we get more detailed new resources may become apparent and the relative importance of each of the resources may change.  This is not a problem, just something to be aware of.  Remember, never become so enamoured of your ideas and solutions that they blind you to other possibilities.

So let’s take a quick look at the various resources listed starting with Time.  Again, this is usually the first one that comes to mind because, to the commuter, this is their primary consideration and more than likely the major decision point on how to get themselves to work.  Let’s look at some numbers – according to Stats Canada, in Toronto, the average commute in 2011 took 32.8 minutes.  On average the people commuting by inner city bus took almost 50% longer to arrive than the people that drove.  (Does anybody think the situation has improved since then?  Not really, if anything it has gotten worse.)  One other piece of information from Stats Canada – 70% of the commuters drove.  Do you think there is any sort of correlation between the relative lengths of the transit and the choice of most people to drive?  Admittedly, ease and comfort enter into the equation as well, particularly if the commuter is in a suburb without easy access to mass transit.

This, of course leads us to Transportation Modes – what alternatives are available to the individual commuters?  If you live in downtown Toronto you may not even own a car so this is not even an option.  Basically you are left with mass transit as your only choice unless you live close enough to walk (4.5%) or bike (1.2%).  Using a taxi or one of the newer services like UBER can be a possible option but they are expensive as a daily option.  Suburbanites usually have more choices in that they can choose between their car, car-pooling, bus, train, light rail or some combination of these choices.  As discussed in time resource, various factors will influence which choice people make.

One of these factors is a resource as well – money.  Very few people would say they have all the money they need (and most of them do not commute) so commuters also need to balance the relative costs of the various transit choices.  What is the actual cost of using the car (including parking) as balanced against the cost of rail, bus subway or a combination, particularly if that means double fees if you get charged a new fee as you change from one option to another (eg: rail to subway).

Of course, one of the other resources listed was roads.  The more cars on the road, the more congested they get and the slower the average speed will be.  Also, keep in mind that the roads are not only used by commuters.  They are also used in the transit of products being moved through or to the same area as the commuters.  This is why products were included in the answer to our original question.  If they are going to share the same resources they need to be included in the same equation.  The same is true with product being moved on rails that they share with the commuters.  While generally this is more of a scheduling problem than anything else, what happens if there is a problem with any of the trains whether moving product or people?  Instant rail gridlock and, often, very long delays.

The last resource I want to touch on is Political Will.  By this I do not mean politicians but rather the entire political process.  This process is, by its nature, both extremely conservative (if it ain’t broke, don’t fix it) and short sighted (no further than the next election).   While this may seem like a strange resource it is important to keep in mind that infrastructure creation and maintenance is very expensive and time consuming.  If there is no urgency to drive political will it is highly unlikely that any changes will occur, either in new, or maintenance of, existing infrastructure.  The first instinct of the political process is to study something to death in the hope it will go away without the need to actually commit anything to it.  Strangely enough this is one of the best arguments for sponsoring large extravaganzas like the Olympics or the Pan Am games.  It tends to create a requirement and a fixed date for all kinds of infrastructure improvements while at the same time providing a politically acceptable reason for spending the money.  Not that all the changes are an improvement but at least some of them will be.

So there we have a quick visit to some of the resources involved in the commuting process.  Each of them is easily worth an entire posting just on their own but I need to move on to a discussion on the tools so hopefully you will move on as well to Part 3 – Tools.